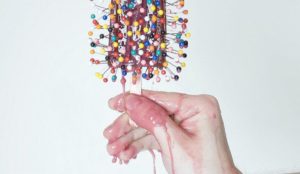 If you can catch it before it ends, I thoroughly recommend visiting HOOKED at the Science Gallery, King’s College, London.  It’s a free exhibition which combines art and science to explore issues around addiction and recovery.  HOOKED looks at a variety of different types of addictions including alcohol, gaming, smoking, gambling and social media.  I enjoyed the combination of scientific information, first-hand accounts of those with lived experience of addiction and recovery, and the immersive installations and artworks.

One of the highlights for me was the extraordinary hour long film “Feed Me” by artist Rachel Maclean, which explores how social media contributes to our feelings of self-worth.  It was mesmerising, shocking and also darkly humorous in places.  I was also moved by the short film of a “letter to alcohol” which was read by a woman in recovery.  It was a powerful reminder of the devastation that alcohol can wreak on people’s lives, but it also gave hope that recovery is achievable. 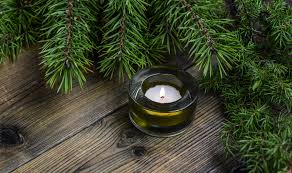 At Christmas we are surrounded by images of perfectly decorated homes filled with happy, laughing families. Tis the season to be jolly, we’re told, and anyone who doesn’t display an enthusiasm for the festive season is likened to Scrooge with his ‘Bah, Humbug’ attitude. However, there are many reasons why people find Christmas a difficult time of year, and the assumption that Christmas is something to look forward to can be very wide of the mark.

I recently attended a training course on understanding bereavement run by Central and North West London NHS Foundation Trust, which brought home the fact that Christmas can be a very painful time for anyone who is grieving. Anniversaries and holidays are key times when the loss of a loved one can be felt particularly sharply, and Christmas is the most significant holiday with its emphasis on togetherness with family and friends.

If you have been bereaved, and know that Christmas is going to be a difficult time, it’s a good idea to have a plan in advance of how you would like to remember your loved one. You might want to buy a special plant or bouquet of flowers; a new Christmas decoration for the tree or lighting a candle can be ways to help you keep the memory of your loved one alive.

It’s also helpful to make arrangements to spend Christmas day itself with family or friends who will be supportive and understanding. Don’t be afraid to tell people how you are feeling and to ask for help. Most people will be very willing to do what they can but they may need you to clear about what they can do, even if it is just to sit with you quietly and talk about your loved one.

Finally, remember that there are no rules when it comes to grieving, and everyone grieves differently. I’ll end with some wise words by author and counsellor Laynee Gilbert:

“Treat yourself with the same kind of love, respect and patience that you would offer to a friend, and listen to yourself.”